It is widely recognized that today’s technology has ushered in an array of new career choices that were unimaginable just a decade ago. With that, educators understand that a new era of instruction must be embraced to prepare students for the careers of the future.

The Honorable Lt. Col Allen West, (U.S. Army Retired) is a Life-long Republican.  Born in Atlanta GA, in 1961; His education includes a Bachelors of Arts from the University of Tennessee and a Master’s Degree from Kansas State University.  He graduated with an MMAS from U.S Army Command & General Staff College.

A new economic analysis conducted and released by a University of Florida/Institute of Food and Agricultural Sciences (UF/IFAS) team has confirmed that Mexican imports have significantly harmed fruit and vegetable producers in the Sunshine State. 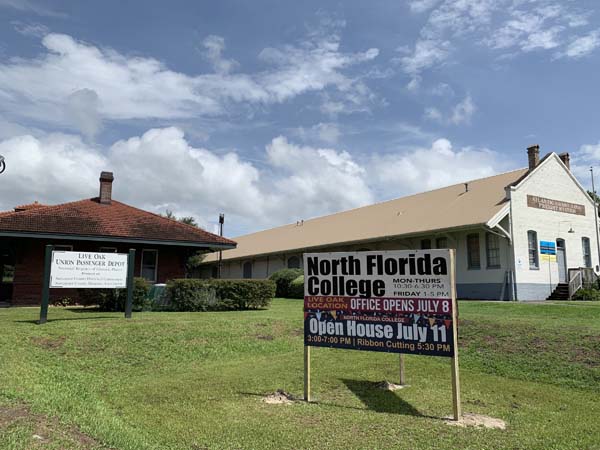 North Florida College’s new satellite campus in Live Oak is located at the Historic Train Depot, next to the museum in Live Oak.
-NFCC Courtesy Photo

Some monumental changes are taking place at North Florida Community College (NFCC) in Madison. In a few short days NFCC will officially change its name to North Florida College and open a new satellite campus in Live Oak.

The name change has been in the works since November 2016. Governor Ron DeSantis officially approved and signed HB 525 into law on June 7, 2019, an act to rename “Florida Keys Community College” to “The College of the Florida Keys”; and changing the name of “North Florida Community College” to “North Florida College.” The name changes will take effect on July 1, 2019.

Ransomware attacks are a growing threat that have spread to cities in the United States and have now hit home in North Florida.

Lake City was hit around June 10 with a malware attack called “Tipple Threat,” according to news sources, that crippled the cities computers. A few days later they received a ransomware demand of 42 bitcoins. The price for the untraceable electronic currency fluctuates but is likely the city paid around $460K to $490K for the decryption key.

The City held a special meeting Monday and decided to pay the ransom as they were advised it was cheaper to pay the attackers than to try and restore the data on there own.

The city will only wind up paying a $10K deductible as their insurance, the Florida League of Cities, will reimburse them for the remainder of the ransom.

Representation in Washington?
You be the judge

Democrats in Congress claimed victory last week with the defection of a dozen republican senators siding with their democratic colleagues on a reversal of President Trump’s emergency declaration along our nation’s southern border. While it is likely that Senator Chuck Schumer, Speaker of the House Nancy Pelosi and a host others celebrated their victory, they might consider re-corking their champagne bottles for now.

Crowds gathered to enjoy the vintage and classic cars on display at the Antiques, Arts and Collectibles Day event at Stephen Foster last Saturday. -SVT Photo by Tami Stevenson 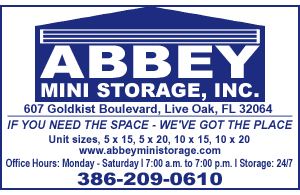